Well, as the first third of the year draws to a close, I find myself with no less than six projects now on the go, with the aim of getting at least half of them finished by the end of December.

Ex-Illis
With only three weeks to go to the next Battle Day at Total Wargamer I have suddenly realised that my new army is short of 3 units – Bowmen, Billmen and Hobelars. I’ll have to work quickly to get them assembled and painted in time.

Saga
Salute saw me purchase two new warbands for Saga: Vikings and Skraelings. These join my Normans on the workbench. At least the Normans are now fully assembled and simply waiting for a coat of paint. With 40 infantry and 14 cavalry models to paint, it’s a sizeable force, but hopefully it shouldn’t take me that long once I get going.
The Vikings will double up as Jomsvikings, and I’m planning on adding an extra couple of Warrior units to my Skraelings. After that, the plan is to pick up another two boxes of Conquest Games Norman Knights in order to build a Breton force – that should keep me going for a bit.
I have plans to build some Dark Age dwellings too, but these will have to wait until after the warbands are finished.
This is becoming a very popular game at club, so I’m looking forward to playing a lot more of this.

Muskets & Tomahawks
I was given a set of these rules to review at Salute, and I must admit that I didn’t intend on starting yet another period – especially French-Indian War.
However, having bought the Skraelings for Saga, the addition of another couple of blisters of Huron Indians would make a usable 200 point force for the game, so I’m going to give it a go.
The extra packs of figures will probably come from Galloping Major, and I also like their French Canadians, so I think that’s two forces sorted for this game.

I Ain’t Been Shot Mum
With the Late War German Heavy Weapons being released at Salute, I now have enough German troops to build a full company of Panzer Grenadiers with an assortment of AFVs.
These will be joined by both British and American forces by the end of the summer, with the intention of having a full force for each in plastic by the end of the year.
These should supplement our early war Operation Sea-Lion games with some gaming around Normandy by the Autumn.

Force on Force
Leigh at club is very keen to play Force on Force, so it is an excellent opportunity to dig out my 28mm Vietnam figures from Baker Company and play Ambush Valley
The advantage of this is that most of the figures are already painted – I just need to finish some heavy weapons teams and paint some hooches and bunkers. My NVA and US Marines would be nice to finish, but we will see how it goes.

Incursion
It was always my plan to paint my figures for Incursion this year. They are still on the list, but admittedly a long way down. We will see how things are going after the summer.

So there you have it – my six projects for this year. I am putting my 6mm Ancients, 6mm Naps and 28mm Sci-fi on hold until next year, and we will see how the land lies come Christmas.

Meanwhile, perhaps it’s time to sort through the spare room and perhaps wave goodbye to a few purchases that ‘seemed like a good idea at the time’. 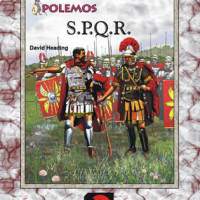