In this, the last article in the series, Mike Hobbs applies the final finishing touches to his dragon

This is the last in a series of articles documenting my progress in assembling and painting the Heresy Dragon, let’s just say it took a while, but it’s nearly finished.

By this stage I had finished all the major assembly and the model was 98% finished painting wise all I had left was some tidying up around the wing joints.

The wings joint were actually pretty neat, I’ll give Andy his due all the joints on this model were really clean and he was clever enough to sculpt the joints following muscle joints and natural joins in the model. But there were a few tiny gaps that needed filling so I took care to clean any paint away and I spent a little bit of time filling the gaps and blending it all in, before leaving it to dry.

Unfortunately I completely forgot to take a picture of the filling, but trust me it was minimal.

Once the putty had hardened off I was back to painting and it was the same process as I’ve used before, with Army painter chaotic red (this time brushed on not sprayed) and then wash and highlights.

Here’s some pics of this work

Then the last job was to tidy up the wing membranes were they meet the body, again using Foundry chestnut to do this

And that was that, the model was completed.

In the end it took about a month to assemble and paint, and trust me I wasn’t working on it full time. If I had to put a guess on the man hours taken I would say around 48 hours in total, which for a model of this complexity isn’t bad.

So what have I learnt from doing this?

Well the main thing is how important is preparation, I purposely went for pre mixed colours so nothing needed mixing. This meant I was able to match the colours on the different sections of the model and more importantly tidy up joins etc.

I also assembled it in logical pieces and finished each bit before attaching the next, now normally I don’t do this as I like to paint miniatures as single pieces, but due to the size of this model I had no choice. However looking back I think I should have left the head and tail section separate from the main body as the tail just kept getting in the way and the head was so detailed that it would have benefited from being painted separately and joined together near the end, I’ve already covered the mistake I made attaching the right hand to the body.

What does remain with me with this build is the skill shown by Andy Foster in making this model, I have never worked on anything so detailed and each part just fitted together beautifully. I know Andy went through hell producing this model but he really showed what he can do and personally I think a lot of sculptors could learn a lot from this model.

With all that being said I think it’s time to show off a few pics of the finished model. I hope you like them 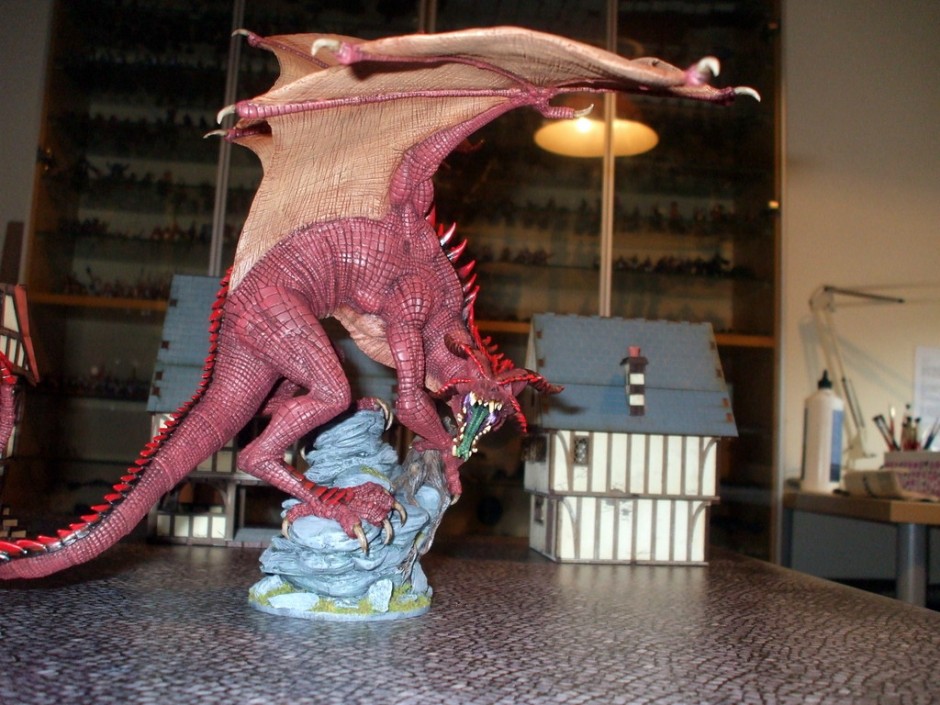 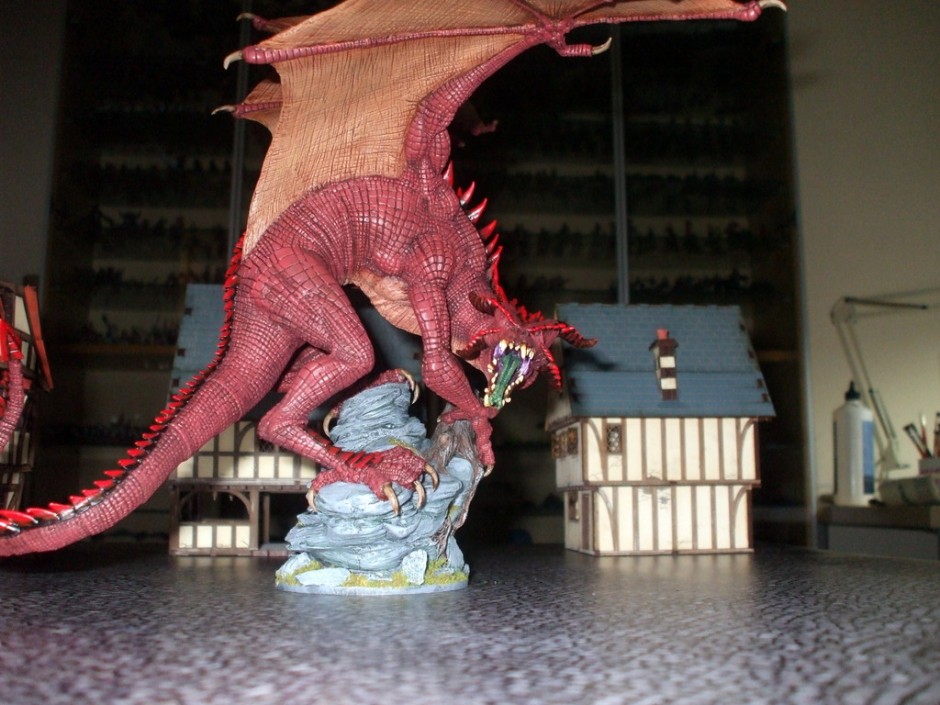