Welcome to Episode 162 of the Meeples & Miniatures Podcast

In this show, hosts Neil Shuck, Mike Hobbs and Mike Whitaker look back at 2015 and choose the top five games that they have played during the year.

We then look forward to 2016, discuss some of our plans, and what we are looking forward to

We hope you enjoy the show 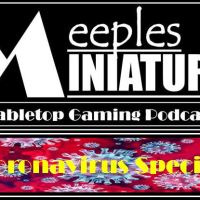