The 10th UK Games Expo starts in just over a week – 3 days of what has become the UKs largest Hobby Games convention.

This year will see the show get even bigger, as the trade stands will now be in the NEC, rather than in the NEC Hilton Metropole. Given that over the last couple of years things have been getting a little cramped (to say the least!) the expanding venue should mean that there is a lot more space for punters to wander around the trade stands, with the added bonus that there should now also be much more room for organised and open play.

The event covers all aspects of Hobby Games including Board Games, Card Games, Miniatures Games and Role Playing Games, but also includes Live Action Role Playing, Cosplay and a whole host of seminars.

There are lots of other events on including regional tournaments for games ranging from Netrunner to X-Wing, Carcassonne to 40K, Catan to Guildball, 7 Wonders to Dreadball, although several of the competitions are now fully booked.

I’ll be there on Friday 3rd June. I hope to grab some interviews, take lots of pictures and just maybe play the odd game. I’ve been to all-but-one of these events, and can honestly say that it is one of the best gaming events you will be able to attend in the UK. 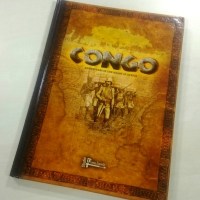