What do you mean weekend, it’s Tuesday for goodness sake!

Well, the weekend was very busy with one thing and another, so I’ve only really just got chance to sit down and share some thoughts…

I tweeted the above picture yesterday, mentioning that this was my total haul from ‘The Other Partizan’ show on Sunday. Good friend Mervyn Douglas expressed astonishment at my apparent lack of ambition, or at least purchases, and asked why this was.

So this blog entry is his fault. I thought I’d share with you my current thoughts and plans on what I’m doing in the hobby. My current lack of purchases isn’t due to restraint, but rather I’m targeting my purchases whilst trying to stay within a budget – as I bought Battle of Britain on Kickstarter this month, I’m forcing myself to wait until payday for my next major purchase.

So what’s the plan? I actually have several on the go at the moment…

I am currently extending my existing Norman warband for Saga with the addition of four units of mounted Warriors.

Admittedly, these haven’t progressed much in the last week or so, as I’ve been busy with other things, but I’m hoping to get back on track and get some painting done very soon.

After the warriors are finished, it will be time for a unit of levy with javelins, plus a warlord, which will make my warband suitable for use as Normans or Bretons.

Once those are done, I’ve got a baggage train to paint and then maybe a second warband: Vikings, just so that I can get Josh playing should he wish. I’ve got all the figures for this, so it’s simply a matter of scheduling. 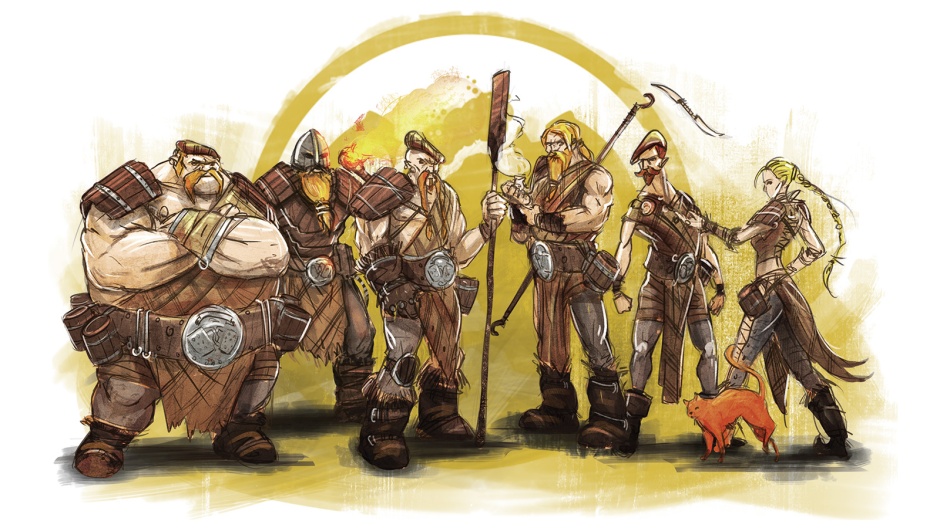 Having played Guildball at Battlefield Hobbies a couple of weeks ago, this is a game that both Josh and myself are keen to play more of. I think my first team is going to be the Brewers. I already have the starter box plus the Stave model. The figures of Stoker, Spigot and Scum are on the shopping list, and will probably purchased next month.

All I have to do then is learn to paint tartan…

Despite playing (and loving) this game last year, neither Josh nor I have done much with it since.

Following our visit to Spartan Games this last weekend, we are both enthused to get our forces painted and into battle.

I have Terran Alliance to paint, which to be honest should be pretty easy, especially after all the 15mm vehicles I’ve painted in the last year.

I want to collect the full set of Helix boxes for this army, but I’ve also set the goal of painting what I have before buying the next box, and then maybe one a month after that. The plan is to get this to the table before the end of September, so I need to paint at least two box sets by then (we already have terrain, though I’m looking at buying more trees).

The main reason for visiting Spartan Games last weekend was to play the new Halo Ground Command game (which is very good, btw) but of course this has reminded me that the original fleet battles games has not had much love from us at all.

This is actually the reason why I bought the ‘Metallic Medium’ last weekend, as I’m going to use it for painting the Covenant ships (Josh is getting the easy job of the USNC) Another one that is labelled ‘ASAP’ on the schedule.

Another fleet box each has been added to the wish list.

Having played this game it’s definitely ‘on the shopping list’. Again, this is going to be a case of get the base game, paint it, play it, and then see what else to collect.

When given the choice, this is the C0mmands & Colors game that Josh wants to play.

Got to get it (and the expansion) off the shelf and assemble the minis – painting can wait for the moment.

The next major ‘from scratch’ wargaming project I’m planning with Dave Luff is Sharp Practice in 15mm. We are planning to game French Indian War, using Blue Moon 15mm figures. Our armies will probably cost around £40 – £50 each, but then we have to make some scenery, so this could be a big project.

I have been promising myself for a long time now that I will get my 28mm Vietnam figures out of their box. I’ve got two full painted platoons (US Army and VC) with two more waiting (USMC and NVA). The thing I am missing is scenery. I’ve recently purchased some materials to make some hooches, and scratch-building jungle, paddy fields etc is all planned. Essentially, I’ve got everything to do this. The timetable however?

And whilst all this is going on, there is the small matter of the on-going World War II  project.

I’ve still got lots of German vehicles to paint, as well as platoons of both Waffen SS and Falschirmjager. Once those are done, it will be time for the US Infantry.

As well as this I have the scenery to attend to. I want to make gardens for each house that we own, and maybe some custom buildings (plus the Najelwitz Industrial Complex is on our radar). I’ve got all the raw materials, although I want to by some small extras such as bicycles, ladders, barrels and maybe some dogs and chickens, just to give our town the full ‘lived-in’ look. These are on the shopping list, and I will pick them up in the next couple of months.

So, as you can see, the project diary, as well as the shopping and wish lists, are all pretty full at the moment. Whilst I own most of what I’m planning on painting, the shopping list is still pretty big, and I expect to be buying every month between now and Christmas. However, I am also trying to be more disciplined about my purchases, and not buy something until I actually need it. This will make a change, and is indeed something of a challenge.

In answer to Mervyn, resistance to shiny? Definitely not, but lots of old stuff to enjoy as well. 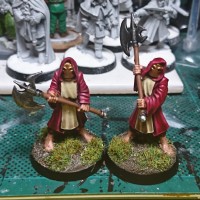 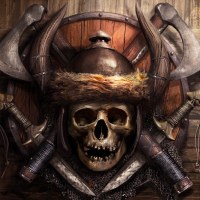