Magglet, a Spanish company formed by twin brothers Huo and Aaron, are producing the first of what they hope to be is an extensive range of fantasy miniatures in 28mm scale, cast is resin.

The first range is a Dwarven warband Disposable Heroes was originally published 14 yeas ago by Iron Ivan Games (say it quick so that I don’t feel too old when reading that statement!) and it was one of a wave of platoon level WW2 skirmish games when gaming 28mm World War II was first becoming popular (way before Bolt Action!)

Brigade Games and Rattrap Productions acquired the rights to this game in 2015, and have approached the original author to produce a second edition of the rules.

Vast: The Crystal Caverns is an asymmetric dungeon crawler with a difference – players can play as the heroes or the monsters…

This project is for a second edition of the game, which includes an upgrade pack and (should you wish) miniatures for the game (as standard, the game comes with card standees and wooden meeples).

The project has already hit of 19x its $12,000 funding target, and is running until the 19th December. Delivery is due between March and August 2017 (shipping in two waves) 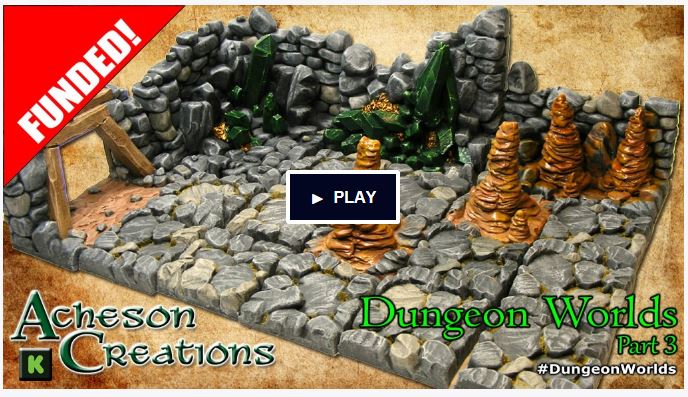 Acheson Creations are running a project to produce an expansion to their existing range of plastic dungeon terrain, including a Dwarven Mine.

The project has just reached its $2,000 funding goal, and is running until the 16th December. Delivery is due in June 2017. 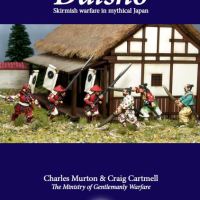