Dave Luff and I are putting on a game for Operation Market Larden 5, a wargaming event being held in Evesham in a few weeks time. We are once again running a Big Chain of Command game in 15mm.

The scenario is an adaption of a scene from one of Dave’s favourite war films, which meant that we needed a small town with high walls – something which we didn’t have.

Rather than buy buildings and walls, we decided to scratch-build the vast majority of what we needed for the game.

Work has been delayed on the project due to my fractured wrist, so we only really started the building work last week. I had, however, managed to  gather together a reasonable supply of the usual material that is required for a job like this:

As it turned out, we also needed several sheets of embossed plastic, which I obtained from Antics Online.

One of the first jobs was to build a large number of high walls (10′ high in 15mm scale) – I’ve built 18′ in total, which will (hopefully) be enough. The walls are built from 3mm foamboard, with the idea that they will be rendered using filler. I then had the crazy idea that many of the walls would have patches where the brickwork showed through, and so several hours were spent cutting and gluing pieces of embossed plastic brickwork to the walls prior to them being rendered. 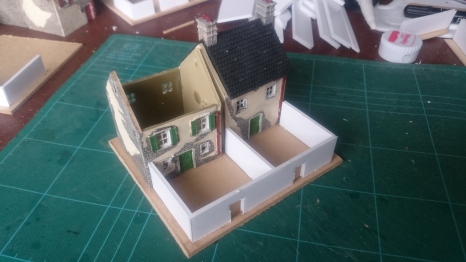 At the same time, I also built several walled gardens and courtyards for some of our houses. Some would be rendered, whilst others would be brick.

Meanwhile, Dave set about building a couple of larger structures. We wanted a raised, walled churchyard – this was built using several sheets of 5mm foamboard on an MDF base, which was then surrounded with embossed wall sheets from Plast Craft Games. (I had a set lying around which I hadn’t found a use for).

The objective of the scenario is a brewery. We’d looked at using the Industrial Complex from Najelwitz Modellbau for this purpose, but decided to build our own version of it, again using 5mm foamboard, embossed plastic sheeting and the walls that remained after building the churchyard. Dave constructed the buildings for the complex… 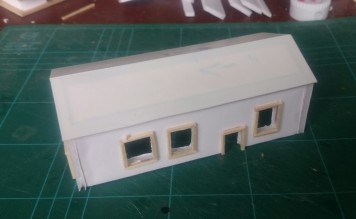 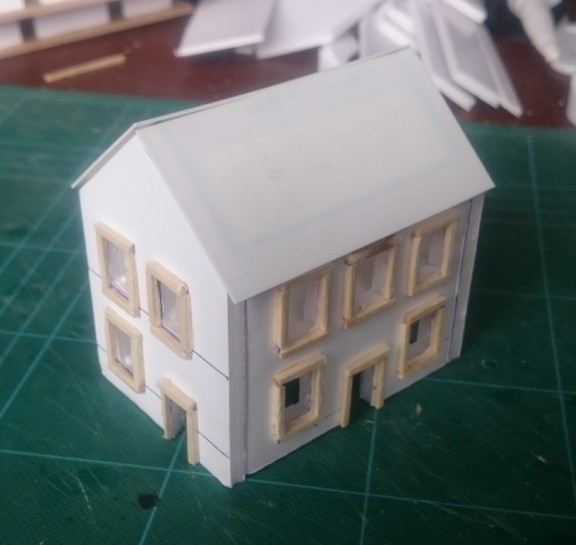 …and then applied the roofing tiles and rendered all the walls. The final complex will look something like this when finished: 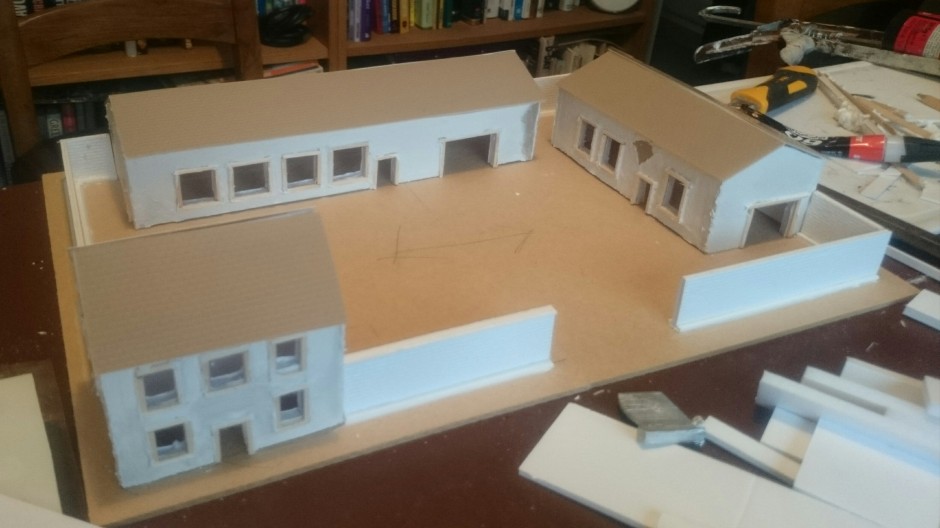 There’s still a fair amount to do at this stage – Dave is building a chimney for the brewery, and I need to render all the walls that I have made and apply coping stones before we can start the painting process. We’ve also have to build a cobbled town square, which will need another couple of sheets of embossed plastic. Whilst this will cost a few pounds it will work out far cheaper than buying the Flames of War scenery pack.

All being well, our next update should see all this white scenery completely transformed as we start painting.

4 Comments on Kenneth’s Heroes – building the board, Part I 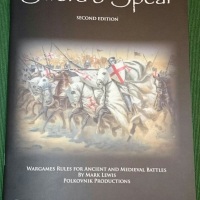 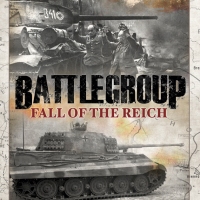