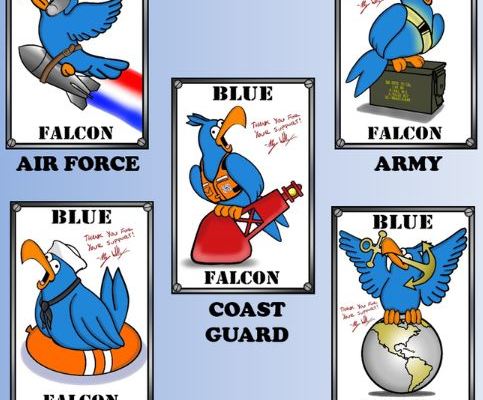 We just wanted to give a shout-out to the guys at War Games LLC, who are currently running a kickstarter project to fund their new card game: Blue Falcon.

What is a Blue Falcon? According to the KS:

Blue Falcon is traditionally used in the military as an alternative to the term Buddy F#$%ker.

EXAMPLE: You’re standing in formation and First Sergeant asks why Johnson isn’t present. That guy who raises his hand and says he saw Johnson going home with a stripper… that’s a Blue Falcon.

You can find out more about this game by listening to Justin Burgess and Kevin Jacobson chat to Jay Arnold on the episode 17 of The Veteran Wargamer.

The project is running until the 1st June, and is currently just over $1,100 away from it’s funding target. Delivery is due in October 2017.

The only downside for anyone outside of the US is that it appears that they are not offering international shipping until after the KS has finished.