The title of the post says it all really. After 12 years of Meeples & Miniatures, I have decided that it is time to turn the page on this particular chapter in my gaming hobby and so the Meeples & Miniatures Podcast will see its final show published at the end of the year.

About this time of year we start looking at our plans for the Spring, and as part of that in recent years I have always had the question in the back of my mind – “Do I want to carry on for another year?”

Until January of this year, the answer to that question has almost always been an emphatic “Yes!” – in January however, I gave considerable thought to the question, and came to the conclusion that it was perhaps time for a change, but not yet. In the back of my mind I decided that 300 was a nice round number, so I would probably run the show until that point.

As to the reason, the biggest one is time. Recording, editing and publishing the show takes a night a week, plus the best part of two other days (usually at a weekend) every month. That never used to bother me, but it has become much more of a chore in recent months – probably since I decided that things would come to an end, if I am honest. Whilst I was beginning to begrudge spending the time, my particular style of OCD would still not let me skimp on the editing effort – where possible things still had to be right, and publishing an unedited show wasn’t the way forward.

The catalyst for the decision was a single event – at the start of November of this year one of my closest friends – Steve – died from Leukaemia. Whilst he had cancer, his death was unexpected – he had a strain of the disease that most people recover from following chemotherapy, except that he didn’t.

Steve’s death was a blunt reminder of not only how precious a commodity time is, but how priceless our relationships with people are. As a result, I made a decision that I wanted to be able to have the opportunity to spend more time with my friends – so ending the show now quickly became the obvious answer.

But isn’t the show all about gaming with friends?

Yes it is, and I have had the very great privilege of having an audience of a couple of thousand listeners, a number of whom I have got to know very well over the years and humbled to call my friends. That is something the podcast has enabled, but ultimately I want the opportunity to spend more time in a social capacity with people, whether that be gaming or simply sharing a drink and a chat. I can’t do that whilst staring at Audacity for several hours at a time on numerous days in a month…

In short, whilst I still love talking to people and sharing this great hobby, I have been falling out of love with the technical aspects of podcasting. Let’s face it – I’ve been doing this for a long time now, so perhaps I simply need a change.

So, what happens now?

We have two more episodes of the podcast to record: one with a listener, whilst our last show occupies the slot usually reserved for our end-of-year review.

After that, I intend to scale things right back when we enter 2020. The libsyn account which hosts the podcast will remain in place, so the existing recordings are in no immediate danger of disappearing.

This website will also remain and I will ensure that the archive page is up-to-date. In fact, I will probably end up blogging a lot more than I have in recent months, so the activity here will most likely increase.

It is also unlikely that I will give up podcasting completely. Over the last year, I have been publishing an occasional show – The Secret Diary of a Gamer – as a Patreon bonus show. I would suggest that the chances that this will make an appearance on the current podcast feed, especially given that keeping a libsyn account always comes with some available bandwidth every month, are quite high.

What is more I am not leaving the hobby. I will still be around both here and on social media and I’m not planning on going anywhere soon. In fact, I already have some ideas for future plans, but that is for another day.

Whilst there is still some time before I say officially say goodbye to the podcast, there are a number of people I would like to thank.

Firstly Richard Clarke for his continued support for the show right from the very beginning. He has been there for us for a very long time, and we wouldn’t have made it this far without him.

Secondly, Henry Hyde. Henry has been someone who encouraged me and made me push my limits in gaming journalism. Again, I wouldn’t be where I am today without his support. And truly, podcasting was never truly the same after View from the Veranda!

To Dave Luff, Rich Jones and Mike Whitaker for all you invaluable contributions as regular co-hosts over the years.

To everyone who has been on the show and helped make it what is.

To all the show sponsors – Caliver Books, Coat d’Arms Paints, Geek Nation Tours and Firestorm Games – also those of you donated or became Patrons – your support has been massively appreciated.

To every listener. You made it worthwhile putting all the hours of effort into producing the show.

Finally to my best mate, the Welsh Wizzard himself, Mr Mike Hobbs. I interviewed him as a guest, then discovered one of my dearest friends – someone who shares my deep love of the hobby, is incredibly knowledgeable, and who has made Wednesday evenings a fantastic time of chat and laughter for more years than I care to remember. He has been right at the heart of the show for a number of years, and his contribution has been immeasurable. Thanks is far too small a word. I wouldn’t be here if it wasn’t for you.

28 Comments on Meeples & Miniatures – The End is Nigh 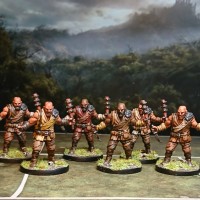 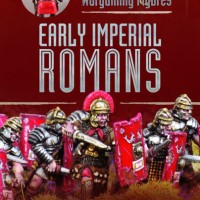