The intention of 2020 was to try and reduce my hobby purchases. Given that intention, the year is off to something of a poor start.

This new magazine was launched at the start of the year, and the offers of the first two issues seemed almost too good to miss, especially as I was looking for some miniatures to represent Spectres for Rangers of Shadow Deep. Considering that the full price of 10 Chaingaunts is £25, Issue 1 was a bargain, and I liked the Banshees in Issue 2, plus the paint will always come in useful. However, I have no idea what use the Stormcast Eternals sprue is, so that will be passed on at some point. 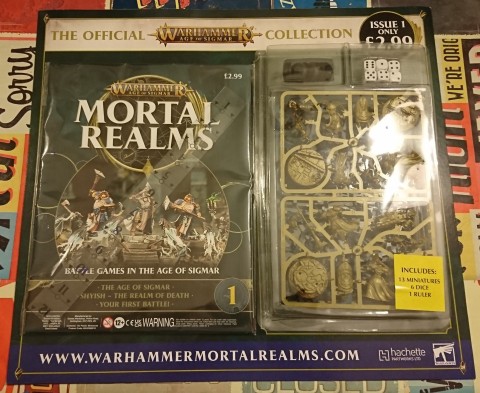 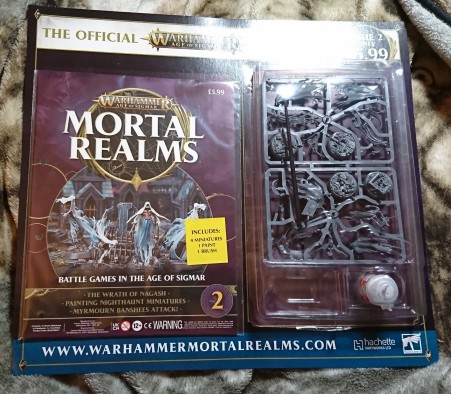 A visit to Crusade

I don’t normally attend my first gaming show until March – especially with the ROBIN show being cancelled this year. However, an invite to Wales for the weekend included a trip to the Crusade show at Penarth.

Nothing was on the shopping list, but I ended up coming away with two boxes of Oathmark Dwarves, as they were half price (I reasoned that the box of each that I already owned did not provide enough troops or unit selection for Saga, or any other game they might get used for…)

In addition, the Atlas of the Peninsular War is a wonderful resource for Napoleonic gaming – something that is on the projects list, probably for next year – but was too good to miss at a price of £25. 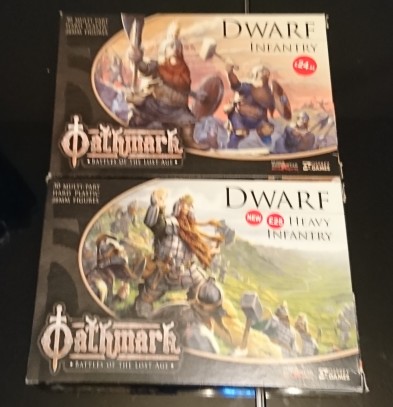 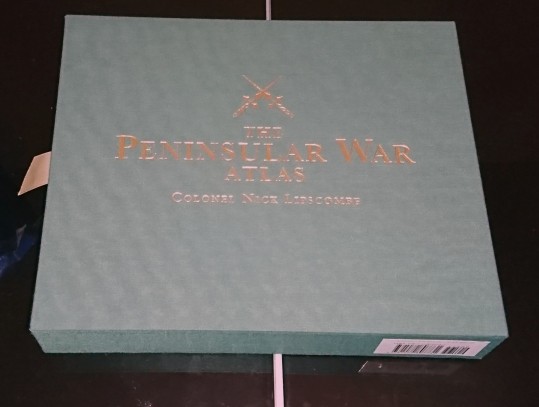 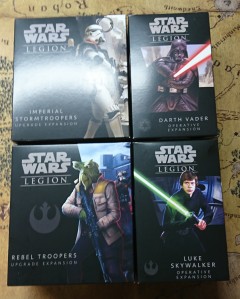 The latest releases for Star Wars:Legion seem to have been a long time in reaching these shores. This game is on my list of projects to complete for this year, so I thought I would grab some of the new releases immediately.

Two scenery pieces – The Imperial Bunker and Crashed Landing Pod ( including R2-D2 and C-3PO) have also been released, but I have decided to add these to the shopping list for February. 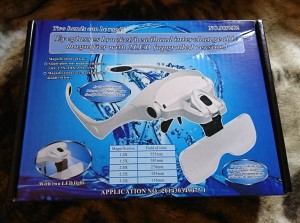 Not planned, but certainly a necessary purchase. The LED lights on my existing magnifier failed at the start of the year. I find these invaluable when I am painting, so a replacement was a priority if I was to get the miniature painting that I had intended done. One of those things, I suppose.

It’s amazing just how quickly things add up, isn’t it? Having not planned any purchases at the start of the month, I find myself with a further 87 miniatures added to the plastic mountain, which puts a bit of a dent in my current painting progress.

7 Comments on Confessions of a gamer – January 2020 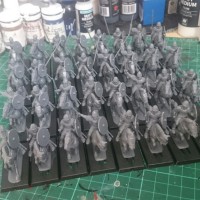 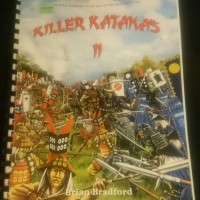 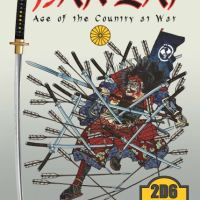