Thanks to COVID-19, many of us had not had the chance to play a game face-to-face with an opponent for almost 11 months. Over that time several solutions to this problem have [...] 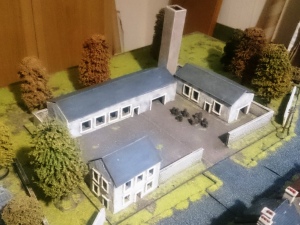 Rating: This 48 page book, available as a PDF or an e-book, is a campaign supplement written by Chris Stoesen for the Chain of Command World War II Platoon level rules from [...]

Jason Sendjirdjian, author of Chain of Command DMZ, has released a new supplement for gaming modern conflicts with Chain of Command, this time concentrating on the 1993 [...] 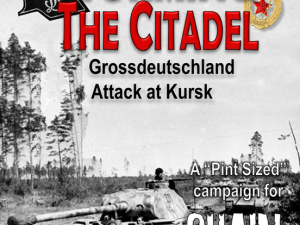 Too Fat Lardies have just released a new Pint-sized campaign book for their Chain of Command World War II rules – Storming The Citadel. Taking a break from post D-Day [...]

Following the publication of Sharpe Practice, Mike Hobbs and I were discussing the possibility of adapting some of the ideas regarding jump-off points from those rules, along [...]

Too Fat Lardies are currently have their Platoon-Level World War II rules, along with most of their related supplements and accessories, on offer with a somewhat [...]

As well as producing various rules and scenario books throughout the year, Too Fat Lardies produce a bi-annual special in PDF format which contains all sorts of articles [...]

Saturday 4th June saw a sizeable group of wargamers and fellow Too Fat Lardies enthusiiasts congregate in the wilds of Worcestershire for the 4th Annual ‘Operation [...] 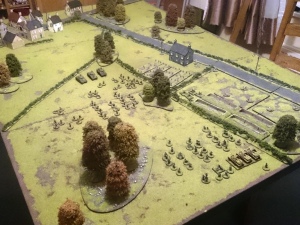 Last night saw myself and Dave going through a dry run of our table set-up for the scenario we are running during Operation Market Larden #4 (which is only 8 days away [...] 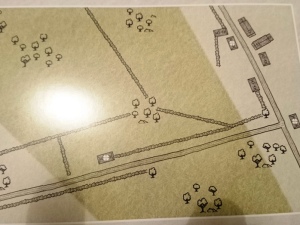 Saturday 4th June will see the 4th ‘Operation Market Larden’ event in Evesham. Having missed last year, I was very keen to attend this event, and offered to put [...]

We recently got chance to finish our game of the “Where’s Merville?” scenario from Red Devils in the night. Part I of the battle can be found here… It [...]

Last night saw the start of our next scenario in “The Winged Horse” campaign. This is the 5th scenario from ‘Red Devils in the Night’, entitled [...] 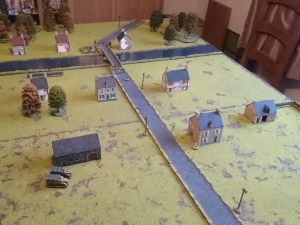 The third in our series of linked scenarios following 6th Airborne on D-Day took us south of Varaville to Robehomme. Two of the primary tasks of 1st Canadian Parachute [...]

The second scenario in our Chain of Command campaign The Winged Horse, following the exploits of the Allied 6th Airborne Division on and immediately after D-Day, took us west [...]

After months of building, painting, and playing a few test games, we were finally ready to kick-off our ‘Winged Horse’ campaign – the British 6th Airborne [...]

I’ve always been a fan of World War II gaming, and have collected a large number of resources for this conflict over the years. Since Too Fat Lardies released their [...] 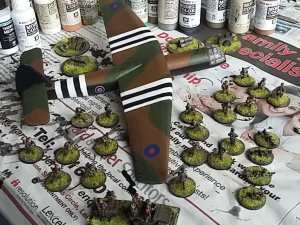 The scenario book ‘Red Devils in the Night’ from Easy Eight Enterprises was originally written for the Battleground WWII rules. It contains thirteen scenarios covering [...]

Today sees the release of the latest ‘Pint-sized’ campaign book from Too Fat Lardies for their Chain of Command World War II platoon-level rules. The Scottish [...]

Since my good lady was away for the weekend, I found myself at something of a loose end. Luckily, I’d heard a rumour that a Lardy Games Day was being put on in St. [...] 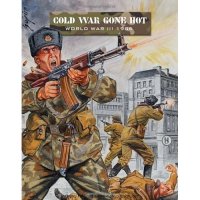