It’s official…Bastion Studios are no longer ‘bust’. News was posted on the Ex-Illis forums last evening that a new investor has been found for Bastion [...]

Well, word spread on e-mail, then Beasts of War broke the news, and finally today we have official news from the company themselves…Bastion Studios are no more, and [...]

Since the review of Ex Illis, one of the questions that has come up on a couple of occasions is that of the resale of miniatures in what could be perceived as a ‘closed [...]

It has been pointed out to me on the Ex Illis message boards that during my review of Ex Illis in Episode 70 of the Podcast, I perhaps somewhat understated some of the [...]

As you may have guessed from my review of the game, I really like the new Ex-Illis game from Bastion Inc. – so much so that I’ve decided to launch a podcast and [...]

Whilst playing Ex Illis at Scimitar Wargames Group last week, both Dave Luff and I were playing using the new Emissarius – just trying it out. I’ve been sent one [...]

My recent daliance with Ex-Illis has once again raised a question which I often find troubling – especially when you are dealing with games that use armies that are [...]

Last Wednesday night saw my latest battles of Ex Illis vs Dave Luff. Since we both now own a starter set (plus several extra packs, of course) we thought that it was only [...]

One of the things you will notice about the figure box sets for Ex Illis – especially if you live in the UK – is the fact that they are currently quite expensive [...]

Bastion Inc. have just announced the official news of the release of their latest model for Ex Illis. From their announcement: “Can you feel the ground shaking under [...]

After a couple of weeks spent gluing plastic together, last night saw the first outing for Ex illis, the new wargame from Bastion Inc, a tabletop wargaming company from [...] 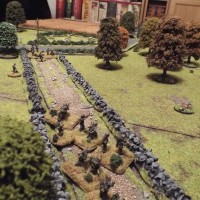 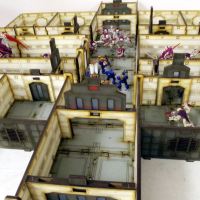 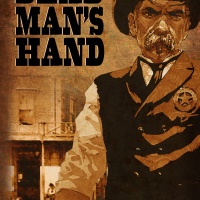