Rating: Gothic is the third supplement for the Victorian Science Fiction rules In Her Majesty’s Name, written by Charles Murton and Craig Cartmell, but it is the first [...] 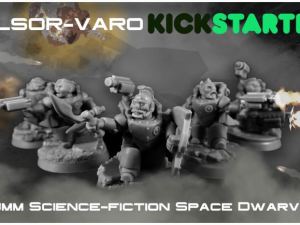 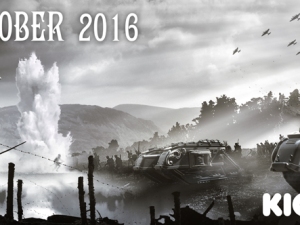 On Wednesday, Spartan Games published a blog announcing plans for a new game: Dystopian Empires, with the idea of launching a Kickstarter campaign towards the end of October. [...]

Robin Fitton, he of Gruntz fame, is currently running a Kickstarter to help launch a new set of rules called Imperial Skies These rules are set in an alternative universe, [...]

West Wind Productions have just announced their new releases for September. Amongst them is this rather nice looking Steampunk Tank for their Empire of the Dead range, based [...] 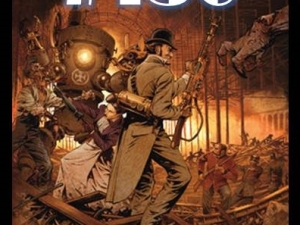 Download Episode 130 Welcome to Episode 130  of the Meeples & Miniatures Podcast In this show, hosts Neil Shuck & Mike Whitaker provide an in-depth review of the [...]

West Wind Productions have now finished shipping the Kickstarter pledges for their Requiem project, and they have now posted the initial Requiem figures on their website This [...]

Westwind Productions have announced that the models for their Empire of the Dead; Requiem Kickstarter campaign from earlier in the year are now shipping, with the first [...]

One of the bigger surprises in the last couple of days of the Empire of the Dead: Requiem Kickstarter project was the appearence of a new faction – Captain Nemo and his [...]

The Empire of the Dead: Requiem ended at just gone 08:20 GMT this morning, and the last 36 hours saw it finish with something of a mad dash – aided no doubt by some [...]

As I mentioned yesterday, the Empire of the Dead: Requiem kickstarter project is into it’s last couple of days. Throughout the project, there has been a roadmap of [...]

The Empire of the Dead: Requiem kickstarter has entered into it’s final hours, with the campaign due to finish on Monday morning (UK Time). West Wind have managed the [...]

I featured the Empire of the Dead: Requiem Kickstarter project on Episode 103 of the podcast. Their latest updates, revealed yesterday, included our first look at a finished, [...]

Download Episode 103 Welcome to Episode 103 of the Meeples & Miniatures Podcast In this show, I take an in-depth look at the Victorian-era Steampunk skirmish game, Empire [...]