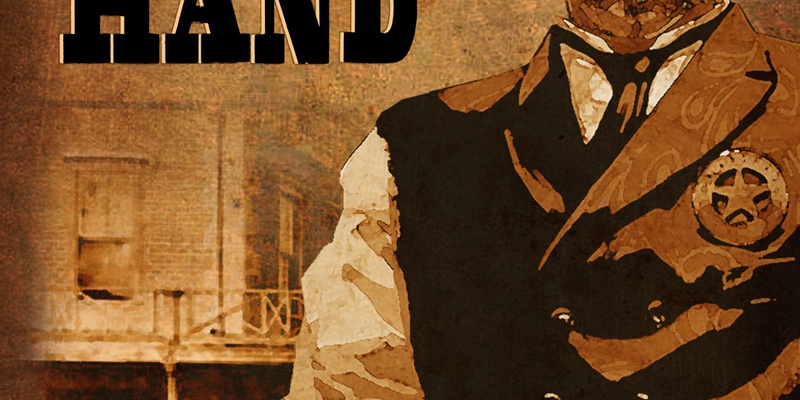 In my experience, Wild West games tend to be very hit or miss affairs (no pun intended). They tend to be games that promote style over substance – they can look incredibly pretty, as you can produce some stunning scenery to fight over, but (if you’re not careful) they can be dull as dishwater to actually play. These games tend to lack subtlety, and are not usually be about tactical nous, so what they lack in these respects they have to make up in speed and fun. So, I would suggest that making a good Wild West game is much harder than it first appears. 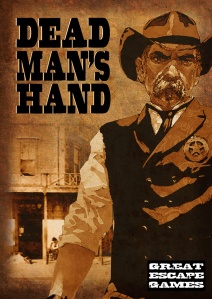 It starts well – the softback book looks very nice. Printed on high quality paper in full colour – the pages have an aged paper look to them. Colour photographs of models in play are scattered plentifully throughout 44 pages.

Secondly, the game appears simple – the rules cover 8 pages, probably half that if you took away the pictures, illustrations and flavour text.

But for all that, is it actually any good?

I played a demo game of this a Salute, so got to play with most of the in-game mechanics, and I found them to be remarkably fun.

The game is designed to be played on a 3’ x 3’ or 3’ x 4’ board, with plenty of scenery and 28mm figures. The aesthetic we are looking for here is the archetypal Hollywood movie set – usually a single street with several building along it, maybe a barn or a stable with some cover, plus barrels, water troughs and the like.

Players usually have several models a side, anywhere from six to ten, but some scenarios allow for a lot less. Each model may take 3 actions is a turn. With each action you can move, aim, shoot, reload or recover from a flesh wound.

The game caters for movement and weapon ranges in both centimetres and inches, so you can chose to play using either measurement system. Also, pistols have a maximum range of 12”, but rifles have unlimited range, catering well for size of board on which you are playing.

Initiative is decided using a custom deck of playing cards, which come with the game. These cards are numbered as a standard deck of cards, which gives a nice link back into the game genre, but they also have special actions printed on them.

At the start of the game each player has a deck of cards, plus some special action cards depending upon your faction (more of those shortly). You are dealt a hand of cards initially (the number depends upon the scenario) and the remainder form a deck. At the start of each turn, you flip the top card of your deck face-up. You may allocate this card to any of your models. All the other models are then allocated cards face down. Your opponent does the same. The cards next to the models are then flipped face-up, and the turn proceeds with each model taking its actions in card order, high to low.

The game uses d20s and d10s – rather unusual, but it does give something of an RPG feel to proceedings.

In the game, you can play one of four gangs: Lawmen, Cowboys, Outlaws or Desperados. These gangs have a selection of 4 different qualities of models. For example, the Lawmen gang has to have a Sherrif, it may have Marshal, must have a least two deputies and up to four ‘Upstanding Citizens’. Each model has a reputation (i.e. is worth a number of points) and the standard gang is comprised of models with a total reputation of 21.

You then play a scenario, or ‘scene’. Each scene can be played stand alone, or can be played as part of a storyline. So a scene is much like a set piece in a Hollywood western, with a storyline forming the movie.

The book has a total of twelve scenes, divided into four storylines.

As you might expect, the gameplay is very cinematic in nature. The dual use of the cards in the game, as well as being very thematic, makes for some interesting interactions, and ensures that repeat play is different each time.

You can easily play the game and suddenly find yourself in the boots of Clint Eastwood, Henry Fonda or Lee Van Cleef (sorry, but I’m much more into ‘Once Upon a Time in the West’ rather than ‘High Noon’)

In support of this game, a very nice range of MDF scenery has been produced by 4Ground.

Disclosure: The publisher provided a review copy of these rules 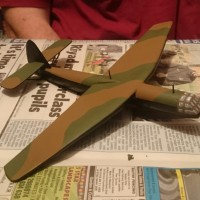 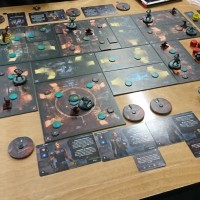