Wargames rules, it seems, are somewhat like buses: You seem to spend ages waiting for a set to come along, and then two or three arrive at the same time. Last year (2010) this was true of Napoleonic rules, this year it’s the turn of Ancients, with several new Ancients rulesets being published at approximately the same time.

One of these is Hail Caesar, the latest offering from Mr. Priestly and Warlord Games. As you may expect, following on from the successful publication of Black Powder, these rules follow roughly the same format, and can indeed be seen as the Ancients ‘version’ of these earlier rules – or you could alternatively view these rules as a progression from Rick Priestley’s earlier work on Warmaster Ancients – either viewpoint has it’s merits.

Hail Caesar is a 192 page, hardback book, which is produced in sumptuous full-colour and is lavishly illustrated with photos of many different miniatures.

The rules cover most of the ancient period, from Biblical times to the Crusades.

As with Black Powder before them, these rules are designed to play multi-player games on a large table (typically 12’ x 6’) although much smaller games are possible – playing with 6mm figures, about the smallest table area you can play on is 4’ x 3’, halving all movement distances and ranges.

The rules are relatively fast play, using a pretty free and easy movement system and a straight forward combat system which aims to reflect both the impact of hard-hitting troops and the endurance of highly trained and disciplined soldiers.

The command and control system will be familiar to anyone who has played Warmaster Ancients or one of its deriritives. However, just in case you’re not, your army is divided into a number of commands, each with a leader. Leaders have a leadership value (an average of 8), and you have to roll equal to or less than this value on 2d6 in order to issue an order to a unit. If you pass, you issue 1, 2 or 3 orders to the unit, depending on how much you rolled under your leadership test. You may only roll once for each unit in a turn, and a failure immediately stops that leader from issuing any further orders that turn.

Movement across the board is pretty fast – Infantry move a 6”, Cavalry at 9” and Light Cavalry at 12”, so issuing 3 orders to a cavalry unit could potentially see it racing off right across the board, so that use and wording of orders is actually quite important…simply ‘Advance towards the enemy’ may not be enough!

Combat takes the ‘buckets of dice’ approach, with several d6 being thrown when in combat, each needing to score 4+ in order to hit (though some modifiers may apply). Many units the get a morale save which can save some hits (this is variable, dependent upon the unit) and the unit then takes the unsaved hits, which affects the units Stamina. You finally roll on another table to see the outcome of the combat. So, whilst each combat has 3 different dice rolls involved, it soon becomes quick and easy to carry out. There are rules for units to support each other in combat, and various special rules cover combat outcomes. Perhaps the most controversial rule is within the combat system, as almost every troop type (with the exception of Infantry armed with Pike, Long Spear or Double Handed Weapons or Cavalry with Heavy Lances/Kontos) gets a short range missile attack (up to 6”) – this represents the activity of skirmishers with the formation, or the formation being able to throw various hand weapons prior to melee combat taking place. Although the system works well, I think it certainly raises a few eyebrows.

Although the book is just under 200 pages long, less that half are actually devoted to rules. The rest of the book contains details of several scenarios that we fought with the rules in different eras, showing how the rules can be amended to better fit various times in history, or particular scenarios.

Ultimately, these rules are scenario driven. They do contain a fairly rudimentary points system (added, it would seem, under duress by the author), but that is not how the game is designed to be played. The lack of points has already ruffled feathers on various web forums, as it seems that some players seem to struggle without them. However, I do not see why you simply cannot use army lists created under another system and then bring that army to these rules.

My own experience of playing these rules so far has been a positive one – there is a minor quibble about using metric measurement for unit frontages, but Imperial measurements for movement and ranges, but my biggest complain is the lack of an index in the rules. Although the rules contain both a table of contents and an appendix with a rules summary, looking for key information (in our case, notes on troop disorder) ended up with several minutes spent frantically leafing back and forth through the book until we found the relevant passage. Surely publishers should have learnt by now that if they are going to produce a 200 page rulebook, they need to ensure that it is navigated easily.

Ultimately, Hail Caesar is a fast-play set of Ancients rules that gives an excellent basis for gaming the period, whilst actively encouraging the player to adapt the rules to meet the challenges of particular battles or conflicts.

The design philosophy is summed up in the introduction: “a ruleset that allows several friends to get together and play an exciting game over the course of an evening, sharing banter and a few drinks, and still have time to go for a curry afterwards.”

It does exactly what it says on the tin, and I, for one, am really enjoying them.

Hail Caesar is reviewed in episode 77 of the Meeples & Miniatures podcast.

Disclosure: A review copy of this game was provided by the publisher 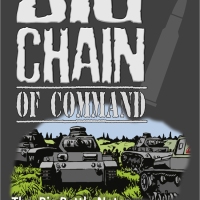 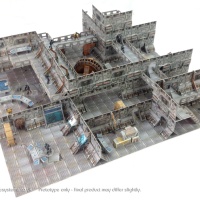 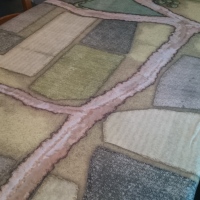